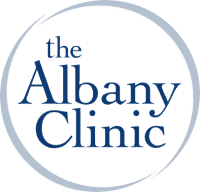 What is IV Drug Infusion Therapy (IV-DIT)?
IV Drug Infusion Therapy is a method of delivering medication for treatment of a medical condition. It is commonly done for cancer treatment with chemotherapeutic drugs. At the Albany Clinic we use IV drug infusions, primarily composed of the drug ketamine, as therapeutic interventions for both Treatment-Resistant Depression and for PTSD. It has been shown to be effective in alleviating symptoms for both of these conditions.
How is it an effective Treatment?

IV Drug Infusion Therapy performed at the Albany Clinic is primarily composed of the compound ketamine. Ketamine is a short acting anesthetic that is routinely used in surgery due to its ability to make patients unresponsive to pain. In contrast to its use in surgery, during an IV drug infusion, ketamine is given in a continuous fashion and in smaller amounts. Ketamine is effective in treating PTSD and depression symptoms because it engages a different neurochemical pathway than that used by traditional medications. This unique pathway uses the neurotransmitter glutamate, and manipulation of this pathway is known to achieve rapid improvement in depressive symptoms and effective reduction in suicidal ideation.

How is it performed?
IV Drug Infusion Therapy is performed by placing a small plastic catheter in a vein in your arm. This is the same procedure that is done in hospitals in order to give patients IV fluids or medications. This procedure does not require a general anesthetic (you will not be put to sleep), and it will be complete in 45 minutes to an hour. Our staff will monitor you during the infusion and in most cases you will be able to leave within 30 to 45 minutes at the conclusion of the procedure. You should not drive or operate heavy machinery on the day of the procedure. You may return to normal activities the following day.
What are the risks?
The risks of IV Drug Infusion Therapy are minimal. These risks are most often related to the medication used, such as a specific allergy or side effect. Although ketamine is the most common component of IV Drug Infusion Therapy, other medications may be used in conjunction with ketamine depending on what the physician believes to be the best treatment strategy. All medications and risks will be discussed with you prior to the procedure.
Any advantages over other treatment methods?
Only about a quarter of the patients who take traditional medication for depression achieve remission from their symptoms within 12 weeks of therapy. Of the patients who do finally respond to these medications, the average time for remission from their symptoms is 7 weeks. IV Drug Infusion Therapy, in contrast, often produces rapid relief of Treatment-Resistant Depression symptoms. In addition, the administration of ketamine via IV Drug Infusion Therapy has been shown to decrease suicidal ideation within minutes to hours of receiving treatment. These effects have been shown to last from weeks to months before requiring another injection.
Is it right for me?

IV Drug Infusion Therapy may be the right choice for you if you suffer from symptoms of Treatment-Resistant Depression which is defined as depression that has not responded to two or more completed courses of treatment. IV Drug Infusion Therapy may also be a good choice for some who have PTSD. Dr. Garwin and your mental health care provider will make the appropriate recommendations after your initial consultation. 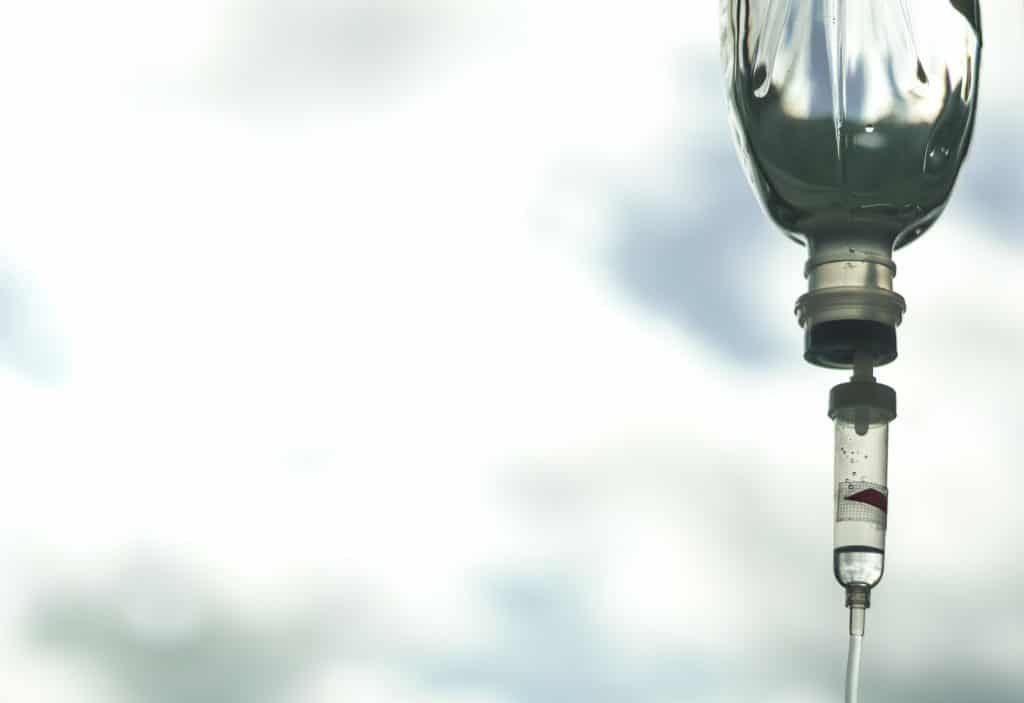 Your initial consultation is free of charge. Schedule yours today!

We offer your initial consultation free of charge! To schedule a consultation please fill out our contact form. Consultations do not require a referral, however candidates for treatment need to be in the care of a mental healthcare provider. For general inquiries please contact us via phone or email.

At the Albany Clinic, our goal is to make you comfortable and provide relief for your symptoms. We accomplish this with a warm atmosphere, a caring and competent staff, and a state-of-the-art facility.